A massive billboard ad in Phoenix is thanking Sen. Mark Kelly (D-AZ) for keeping the southern border open to invasion from illegal migrants.

“Thank you, Mark Kelly, for voting to keep our borders open,” the billboard reads. “The drugs aren’t going to smuggle themselves. 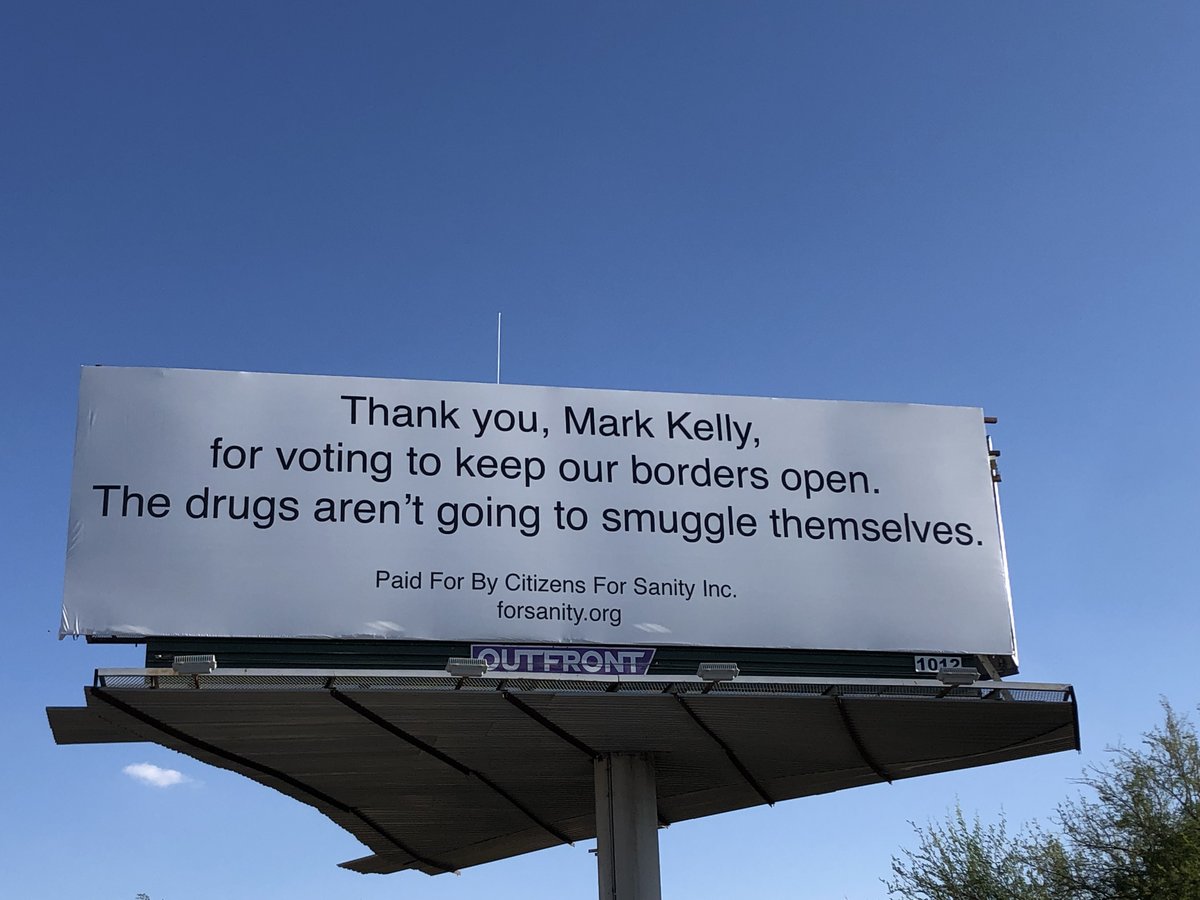 The ad says it was paid for by Citizens for Sanity. According to its website, the group’s mission is “to return common sense to America, to highlight the importance of logic and reason, and to defeat ‘wokeism’ and anti-critical thinking ideologies.

Democrat Kelly and the Biden administration have allowed nearly 2 million illegal migrants into the nation in this fiscal year. August represents the fifth month in a row in which migrant apprehensions exceeded 180,000 migrants…..