Editors’ Note: This is a long article but worth reading. It documents the enormity of the criminal activity of Hunter Biden and then Vice-President Joe Biden. This will ultimately be part of the Biden record but with suppression of this evidence and documentation, the media and all areas of the Executive branch continue to protect President Biden. Likely, much of this information and profoundly indicting evidence will soon come to light in a new Congress followed by a new Administration. This article gives great meaning to the term ‘Laptop From Hell’.

Newly discovered emails prove beyond all doubt that the “true purpose” of Hunter Biden’s lucrative deal with a Ukrainian energy company was for Hunter to get “high-ranking US officials” to visit Ukraine and persuade the nation’s leaders to “close down” all criminal “cases/pursuits against” the firm’s primary owner, a notoriously corrupt oligarch with ties to Russia.

Documentation of this illegal scheme begins with a widely overlooked email on Hunter’s laptop in which a top executive of the Ukrainian firm describes the plan. Now, emails uncovered by Just Facts prove that Hunter and his partners:

Just one month later, then-Vice President Joe Biden did exactly what those emails specified by visiting Ukraine and threatening to withhold U.S. aid unless the prosecutor investigating Hunter’s cash cow was fired. Moreover, Biden did this by going after two “key targets” identified in the emails: the “President of Ukraine” and the “Prosecutor General.”

In April 2014, Vice President Biden traveled to Ukraine and gave a speech to its legislators in which he promised that the U.S. would help Ukraine increase its fossil fuel production to make it less dependent on Russian energy. In that very same month:

Nearly a year later in February 2015, the U.S. State Department and the FBI learned that Zlochevskyi allegedly bribed Ukrainian prosecutors to shut down criminal investigations of him. Thus, the government of Ukraine replaced the chief prosecutor with a new one who reopened investigations into the oligarch. At this time, Burisma was paying $166,666.66 per month to the Delaware company that was paying Hunter. 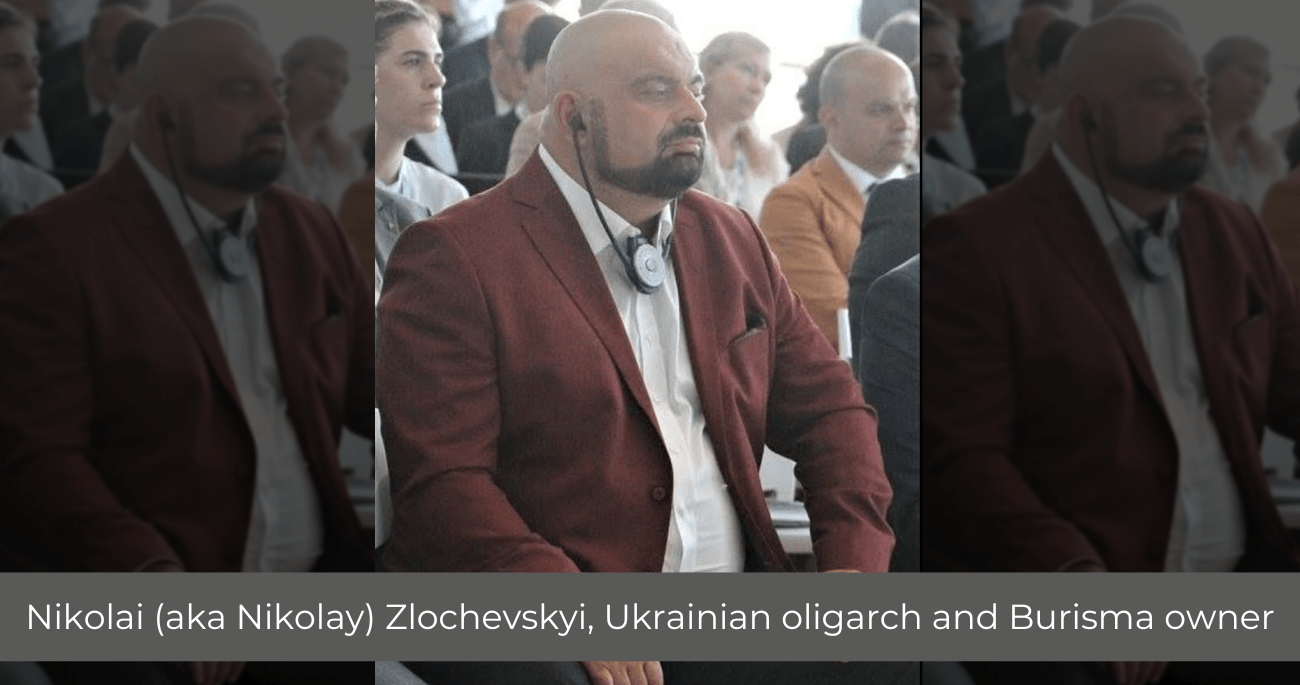 In November 2015, a top executive of Burisma named Vadym Pozharskyi wrote an email to Hunter and his partners in which he:

Despite the shocking nature of Burisma’s email, which was first revealed by Tucker Carlson of Fox News in October 2020, no other major news outlet has reported on it.

“Hunter, You need to deliver that message.”

Immediately after the Burisma executive laid out what was expected of them, Hunter and his partners sent a flurry of emails stating that Hunter needed to tell Burisma that they understood the true purpose of the deal and “deliberately” concealed the names of the officials who would carry it out to “be on the safe and cautious side.” Hunter then emailed Burisma that they understood the job and could get it done.

Here are some of the key excerpts:

In combination with the email from Burisma, these emails leave no doubt that Hunter promised to get “top US officials” to “visit” Ukraine and persuade the nation’s leaders to “close down” all criminal “cases/pursuits against” Burisma’s owner. Furthermore, the emails prove that two of their “key targets” were the “President of Ukraine” and the “Prosecutor General.”

One month after the emails above were exchanged, Joe Biden did exactly what they specified.

In December 2015, Biden visited Ukraine and later recounted on video that he told Ukraine’s president and its prime minister on that trip that he would withhold a U.S. government “billion-dollar loan guarantee” unless they fired the “state prosecutor.” “If the prosecutor is not fired,” warned Biden, “you’re not getting the money.” Biden then added, “Well, son of a bitch, he got fired.”

However, that firing did not happen right away, and two months later on February 2, 2016, the chief prosecutor secured a court order to seize some properties of the oligarch who was paying Hunter, including his land, houses, and a Rolls-Royce Phantom.

Just two weeks after the court’s seizure order, the president of Ukraine forced the prosecutor to resign. White House phone logs show that Joe Biden talked to the president of Ukraine at least three times in the week surrounding the firing. The phone log for the last of these calls states, “The Vice President also commended President Poroshenko’s decision to replace Prosecutor General Shokin, which paves the way for needed reform of the prosecutorial service.”

Contrary to Biden’s claim that the prosecutor stood in the way of reform, the president of Ukraine complimented the prosecutor for implementing reforms that his predecessors had “been opposing for decades” and then listed the specific reforms. The president then said that he only asked the prosecutor to resign because he “failed to gain society’s trust.”

Two months later in May 2016, Ukraine’s parliament approved the president’s appointee for a new chief prosecutor, who Biden described as “solid.” This new prosecutor, named Yuriy Lutsenko, was:

Six months after Biden’s “solid” prosecutor was appointed, he dropped all criminal charges against the oligarch. The prosecutor also applauded the settlement as a “success” because the oligarch paid $7.46 million in back taxes and penalties. Far from being a prosecutorial victory, the oligarch praised these outcomes and stated that they would allow his corporation to increase production and “attract international companies to Ukraine.”

Two weeks later on November 16, 2016, Burisma made its last documented payment to Hunter. In addition to the recent closure of all criminal cases against the oligarch, Donald Trump had just won an upset victory in the U.S. presidential election. This left Joe Biden incapable of using U.S. taxpayer funds to influence Ukrainian officials.

Joe Biden’s involvement in Hunter’s illicit business deals is also evidenced by a 2017 encrypted What’s App message uncovered by the New York Post. In it, one of Hunter’s business partners wrote to another partner while discussing Joe Biden, “Don’t mention Joe being involved, it’s only when u are face to face, I know u know that but they are paranoid.”

Joe Biden claimed that he pressured Ukrainian officials to fire the nation’s chief prosecutor because the prosecutor was “backsliding” on “corruption.” This excuse has been widely echoed by the media, who allege that the chief prosecutor was not even investigating the oligarch who was enriching Hunter.

Those claims are belied by the facts that the:

One of the more outlandish falsehoods about this affair comes from the Washington Post’s lead “Fact Checker,” Glenn Kessler. As alleged evidence that Prosecutor Shokin “was not investigating” the oligarch who was paying Hunter, Kessler claims:

In reality, the U.S. ambassador was not criticizing Shokin but his predecessor, Vitaliy Yarema. This is proven by the fact that the British money laundering probe cited by the ambassador ended on January 21, 2015, and Shokin was not appointed chief prosecutor until the next month in February 2015.

The London Guardian, the Financial Times, and the New York Times all reported that the probe ended in January, raising the question of how Kessler could honestly botch this fact.

In a related article, Kessler scales up the rhetoric and claims that the ambassador “blasted Shokin for ‘openly and aggressively undermining reform’ and having ‘undermined prosecutors working on legitimate corruption cases’.” However, the ambassador stated that “corrupt actors within the Prosecutor General’s office” did this, not Shokin.

Furthermore, in the very same speech that Kessler misquoted twice, the ambassador began speaking about the present and said, “We want to work with Prosecutor General Shokin” and help him lead “the fight against corruption.” This further demonstrates that the ambassador was not castigating Shokin and wanted to partner with him.

Twitter, in turn, invoked Kessler’s bogus fact check to insist that the “prosecutor was not investigating Burisma at that time.”

Like Kessler, articles by CNN and Bloomberg take the ambassador’s words out of context to make it seem like he was lambasting Shokin instead of his predecessor.

In contrast to those false reports—court records, first-hand sworn testimony, and a smoking gun email from Burisma show that Shokin was aggressively pursuing the oligarch when Joe Biden forced his firing.

Keeping People in the Dark

Beyond denying the fact that the prosecutor was cracking down on Hunter’s cash cow, a wide array of journalists, government officials, and big tech executives kept the public in the dark about this and related matters. This was especially the case just before the 2020 presidential election.

Just a few of the many examples include the following:

This tidal wave of misinformation and censorship by media outlets, government officials, and big tech significantly boosted Joe Biden’s odds of winning the presidency. The effect was estimated by a November 2020 online survey of Biden voters in swing states commissioned by the Media Research Center and conducted by the Polling Company. It found that 45% of Biden voters “were unaware of the financial scandal enveloping Biden and his son” and that:

full awareness of the Hunter Biden scandal would have led 9.4% of Biden voters to abandon the Democratic candidate, flipping all six of the swing states he won to Trump, giving the President 311 electoral votes.

The emails on Hunter Biden’s laptop, combined with Joe Biden’s own words and actions, prove beyond all doubt that:

Those actions, which are complemented by a wealth of incriminating facts, align with textbook definitions of nepotism, bribery, extortion, and obstruction of justice.

What Litter Says about America
Scroll to top