Most politicians and activists have strong views on every political issue. Those views grow from their fundamental political philosophies and beliefs. The best politicians know how to balance their political ideals with a keen watch on how they affect the lives of everyday Americans — those who voted them into office. Go too far with your ideological preferences in the face of evidence that it’s hurting the American people, and you will not go far in politics. The Democratic Party seems poised to take a beating for forgetting this fundamental maxim when it comes to energy and climate change. They feel so strongly about the issue that many have lost touch with reality. They have entered a sort of make-believe world. The coming election is going to bring them back to reality.

Republicans are not immune to ideological overstepping. Republicans in general believe in the private sector. They believe that free markets offer more benefits for society than government spending and mandates. The theory has proven correct far more than it hasn’t, but not always. When a so-called private sector line of business becomes so corrupt, so dominated by Washington political favoritism, and so mismanaged that it’s offering worse products and worse prices than government options, then even limited-government free market activists need to take notice. Those who don’t will pay a political price. The private student loan industry is a prime example. Created and supported by Republicans, it became so corrupt and so mismanaged that eventually, it was impossible to defend. The few who tried paid a political price.

On climate change, the Democrats face a similar dilemma, except with politically apocalyptic consequences. Student loans are important; they affect a lot of people. Energy is different; it affects everyone. Skyrocketing energy prices cause widespread economic disruption. In the extreme, they lead to starvation, heat stroke, freezing and death. It’s not a policy area you can get wrong. Yet American and global policymakers have deliberately done just that. The left’s energy policies make zero sense. 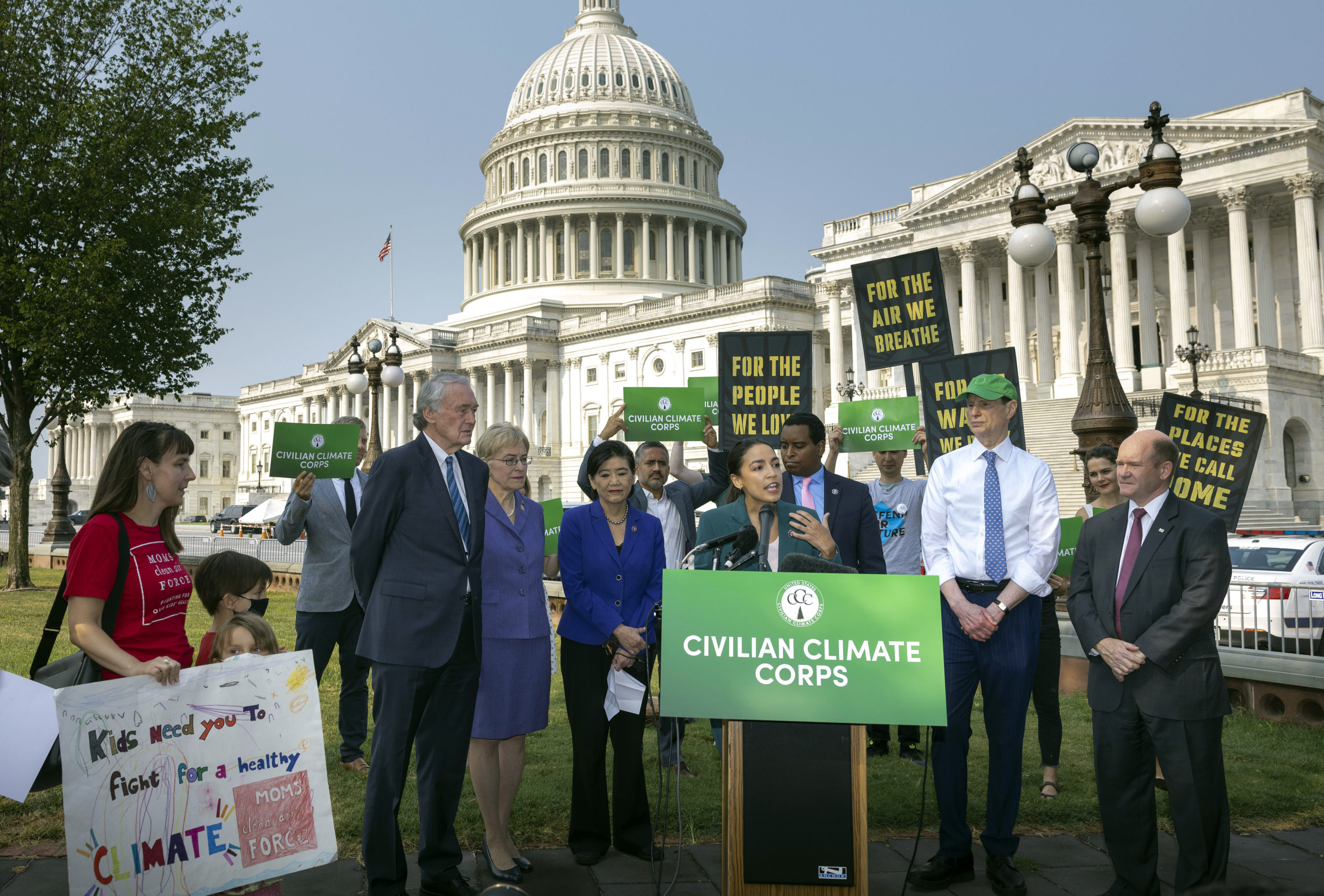 WASHINGTON, DC – JULY 20: U.S. Rep. Alexandria Ocasio-Cortez (D-NY) speaks at a press conference urging the inclusion of the Civilian Climate Corps., a climate jobs program, in the budget reconciliation bill, outside of the U.S. Capitol on July 20, 2021 in Washington, DC. (Photo by Kevin Dietsch/Getty Images)

Clean energy is a worthy goal overshadowed by lofty expectations that outpace the pragmatism of working people. For large segments of the left, the climate change issue has become more like a religion than a policy debate. Pesky facts like technological limitations and costs are thrown aside in favor of magic. “Ban fossil fuels and utopia will follow” is essentially the mindset. (RELATED: Democrats Look To Sustainable Investing Craze As Means For Pushing Climate Agenda).

In the real world, you have to take into account technological limitations, costs, and other trade-offs. Transitioning energy production too fast can cause real present-day harm. The rich can afford to ignore high prices, slower economic growth, and a reduction in national security.

President Joe Biden campaigned on “getting rid of” fossil fuels. If there were economically efficient alternatives that would allow this to happen without slamming American families and harming America’s national security, that would be a less radical thing to say. Those things do not exist at scale today.

Throwing all this away without an adequate and, importantly, cheaper alternative in place is almost unimaginable from a policy perspective, but that’s exactly what happened. By promoting so-called Environmental, Social and Governance, or ESG, investment standards to choke off fossil fuel investments, by canceling pipelines, and by limiting federal oil and gas leasing, the left has reduced American energy production and left America vulnerable to the rest of the world. All this has come with very little emissions benefit to boot. It has just enabled Russia, Saudi Arabia, and others to displace American fossil fuel production with their own foreign fossil fuel production. The result? From Biden’s inauguration to the onset of the war in Ukraine — before the much-discussed “Putin price hike,” in other words — American gas prices went up nearly 50%. Those prices are up another 15% on top of that since the war began.

There have been huge technological strides in solar, wind and other renewable power sources, but primarily due to their intermittent nature and a still-huge gap in energy storage (battery) technology, those forms of energy are not yet ready to make up for lost fossil fuel production without massive extra cost. (RELATED: ANALYSIS: White House Keeps Misleading Public On Oil, Gas Leasing. Here Are The Facts)

Giving away a huge economic and national security advantage is political malpractice. Slowing American energy production while begging the Saudis to increase their own fossil fuel production, as Biden is doing this week, is a botch so foreseeable it should be disqualifying for future leadership. Energy policy under the Biden administration has been insane. With prices booming, everyone now knows it. Those who got us in this mess should prepare to pay a massive political price.

This article was published in Daily Caller was republished with permission.

ADVERTISEMENT
Do Women Really Have Fewer Rights Than an Uzi?