Inflation burns out of control, but the Fed is still pouring fuel on it. You can no longer just blame supply chains. This is far bigger.

OK, the Fed and American consumers and wage earners have, excuse the technical jargon here, a serious-ass problem on their hands that has just gotten worse. The broadest Consumer Price Index (CPI-U) jumped by 0.6% in January from December, and by 7.5% from a year ago, the worst since February 1982, according to data released by the Bureau of Labor Statistics today. 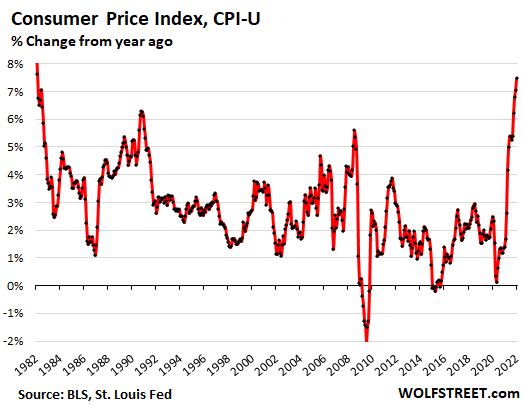 The narrower “core” CPI-U, which removes the volatile commodities-dependent food and energy components from the measure to show how inflation has seeped into the broader economy, spiked to 6.0%, the highest since August 1982: 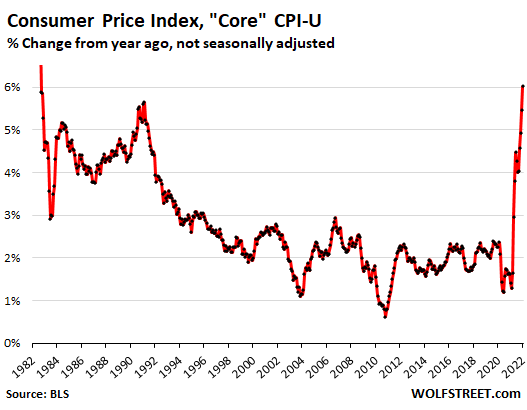 But back in 1982, Volcker was cracking down, interest rates were in the double digits, and inflation was heading lower.

Now, Powell has the foot still on the gas by still buying assets though at a slower pace, and by still repressing interest rates to near-zero.  The last time inflation spiked in this glorious manner was in 1978, but the Fed back then was pushing the federal funds rate toward 10%. Now the Fed is still repressing the federal funds rate to near 0%, which makes this Fed the most reckless Fed ever.

It’s services that have begun to spike. The CPI for services spiked by 4.6% year-over-year, with big price increases now infesting every part of the economy: 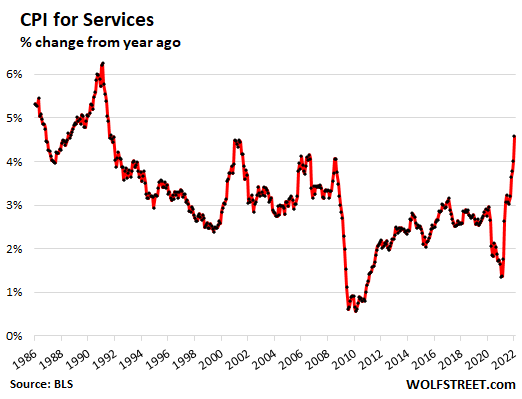